Parole application delays and the effect at sentencing 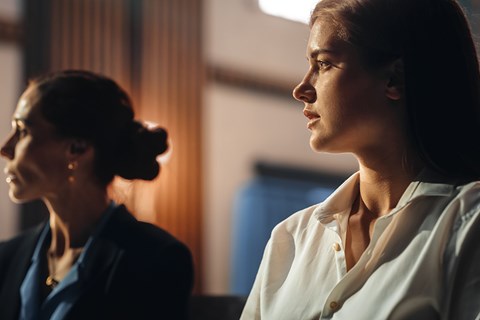 As at November 2021, there were an estimated 1,944 outstanding parole applications before the Parole Board in Queensland. The Parole Board recently advised that applications for a parole order received in June 2021 are not likely to be heard before March 2022. In this article, we look at how parole works in Queensland and how the current delays in getting a date for a parole hearing affect sentencing.

If a person is released on parole, Queensland Corrective Services will supervise them until the end of their sentence. They must meet conditions, such as:

What is a parole eligibility date?

If a court sentences an offender to 3 years or less in prison and they have not been convicted of a sexual offence or serious violent offence, it must set that person’s parole release date. A parole release date means a prisoner is released on a set day without having to make an application for parole – the release is automatic.

If a court sentences an offender to more than 3 years in prison or convicts them of a sexual offence or serious violent offence, it can only set a parole eligibility date, which is the date the person becomes eligible to apply for parole to the Parole Board, meaning their release is not automatic.

If a court decides to set a parole eligibility date, a prisoner must apply for parole and Parole Board Queensland (the Parole Board) will then decide whether to grant parole.

The Parole Board will assess the prisoner’s application within 120 days, or 150 days if it needs more information.

What impact do Parole Board delays have on sentencing?

In R v Watson [2021] QCA 225, the Queensland Court of Appeal granted the immediate suspension of a prisoner’s jail term, confirming that Parole Board delays are a real consideration which judges must turn their minds to when determining the appropriate sentence.

In this case, Joshua Watson was sentenced to four years imprisonment after pleading guilty to a charge of armed robbery and six months imprisonment for one count of common assault (to be served concurrently).

The sentencing District Court judge had fixed Mr Watson’s parole eligibility date as 12 May 2021, being the date of the sentencing hearing. At the time of the hearing, Mr Watson had already been in custody for 429 days (about 14 months).

In was argued at the appeal hearing that, given what was known at the time concerning Parole Board delays, the Judge failed to make proper allowance for Mr Watson’s early plea of guilty. It was noted that as at March 2021, the expected delay for a Parole Board application to be heard was ‘approximately five months’.

It was held by the Court of Appeal that the sentencing judge (at [29]):

‘…ought to have recognised the substantial risk that the delay would be of such magnitude that the applicant would have to serve a period of actual custody by which he would be deprived of any substantial benefit from his early plea of guilty. As the substantial risk existed at the time of sentencing, and existed for reasons beyond the applicant’s control, fixing the parole eligibility date as the date of sentencing, in the circumstances of this case, did not realistically provide appropriate mitigation on account of the early plea of guilty.

The proper mitigation of a sentence for a plea of guilty is important not only for a just outcome for the applicant, but also to avoid a discouragement to other offenders to plead guilty, whose cases would be similarly affected by known delays in the parole system.’

The Court of Appeal found that the sentencing judge’s failure to consider the alternative of a partially suspended sentence was an error affecting the exercise of the sentencing discretion. The court granted Mr Watson’s appeal and ordered the sentence imposed for armed robbery be set aside and substituted the parole eligibility date with an immediate suspension for four years. Mr Watson was released on that day.

If you need assistance with a sentencing hearing, parole application or any other criminal law related issue, our award-winning lawyers are able to assist you with advice and/or representation.