Being a workplace investigator is no job for a ‘wilting flower’ 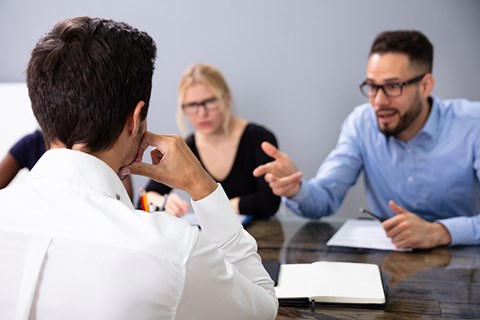 Whilst travelling in a vehicle with three other people on 2 November 2018, Mr Boyle said words to the effect:

“If my old girl has a headache, I crush up Panadol and rub it on my old fella and tell her she can have it orally or anally.”

During a meeting with internal investigators on 30 November 2018 to discuss allegations as to what was said by Mr Boyle on 2 November 2018, Mr Boyle repeated the joke again.

Following a show cause process, Mr Boyle’s employment was terminated. A 'show cause letter' is provided by an employer to an employee in the course of a disciplinary process. It asks the employee to provide an explanation (or 'show cause') why they should not face disciplinary action.

BHP contended that not only had the comment offended the initial three colleagues (including two females) to whom it was made but that it also offended two managers who were investigating the allegation when it was repeated by Mr Boyle to them.

Commissioner Hunt rejected BHP’s submission that the repetition of the joke during the investigation warranted dismissal, calling it “completely disproportionate conduct” and describing it as an “extraordinary position to take”.

“I find it quite extraordinary that such great offence was taken by Mr Craig and Mr Harper in Mr Boyle’s repetition of the joke. This ultimately formed a reason for the dismissal given by the Respondent. [i]n my view, as an investigator of workplace conduct, it is an investigator’s role to be able to hear everything that is put without personally taking offence with what is said during the investigation. An investigator should be strong and impartial, not prone to being a wilting flower upon hearing difficult or potentially offensive matters during an investigation. If they are easily offended, they should not be in the role of investigator…

While it is true that Mr Boyle carried on during the meeting of 30 November 2018, and made a very poor impression on Mr Craig, I do not consider it inappropriate for him to have restated the joke. I have stated that I considered Mr Craig and Mr Harper to be overdramatizing the effect the repetition of the joke had on them.”

However, the Commissioner ultimately found that Mr Boyle should not be reinstated to his former role.

This is because of:

Expectations of a workplace investigator

The Commissioner’s comments serve as a reminder about the expectations of an investigator’s conduct during an investigation.

A workplace investigation must be fair. An accused has the right to a fair and impartial person deciding the allegations against them.

Investigators are called upon to make judgements and to make findings based on objective evidence; not personal opinion. An investigator may be presented with conduct during an investigation which they personally consider unacceptable. Under no circumstances should an investigator make a judgment about the conduct based on their own moral compass.

At Gilshenan & Luton, we’ve assisted clients in many workplace investigations. Our lawyers are highly skilled and experienced in providing the necessary advice, guidance and assistance with all aspects of such an investigation. We act on behalf of government agencies, employers and employees the subject of workplace allegations.