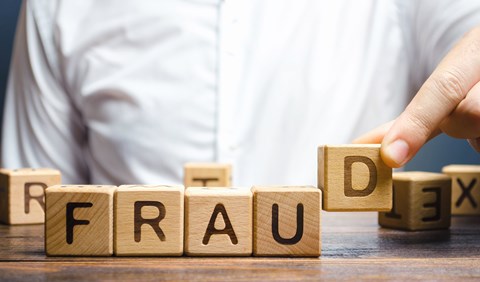 Fraud is the criminal offence of intentionally deceiving someone in order to gain an advantage or benefit (or to cause someone else a disadvantage or loss).

Examples of fraudulent behaviour include:

Common fraud-related matters include those related to:

Fraud is often a serious offence

Under Queensland law, there are different categories of seriousness for fraud offences.

For example, if the offender is a director or employee of a company against whom the offence is committed, the offence is regarded as more serious. Fraud offences are also categorised by reference to the value of the fraud, with higher penalties for larger frauds.

It all comes down to dishonesty

Dishonesty is at the heart of any fraud charge. An incorrect or inaccurate statement or action won’t be regarded as fraudulent, even if resulting in a personal gain unless it was done dishonestly.

What does ‘dishonesty’ mean?

Dishonesty is not defined at all within Queensland legislation. It is simply be judged by the courts.

What is ‘property’ in fraud cases?

Property has a very wide definition under the law, including things such as money, goods and personal items, and real property (i.e. land).

It also includes intangible things such as the extension of financial credit, the incurring of a debt, and the right to recover fees.

A person’s act or omission in relation to property may still be dishonest even though he or she is willing to pay for the property, or intends to return the property later. The essential question is simply whether the dealing with the property was dishonest. It is even possible for a person to commit fraud in respect of property that they part-own (an issue arising commonly in respect to marriage break-ups).

The most common defence to a fraud charge is simply that the behaviour in question was not dishonest; i.e. that the prosecution cannot prove (beyond reasonable doubt) that the accused person acted dishonestly.

There are other defences available as well, such as exercising an honest claim of right over property, or that the accused was reasonably and honestly mistaken about the circumstances in question.

Other defences can apply too – expert legal advice is needed in respect of defending any charge of fraud.

What are the penalties for fraud?

The penalties for fraud vary widely. A typical charge of fraud carries a maximum penalty of five years’ jail under Queensland law.

If it is ’aggravated’ (made more serious) by a feature such as the offender being a director or employee of the victim, or involves more than $30,000.00 in value, then the maximum penalty rises to 14 years’ jail.

For smaller frauds, the penalties imposed are often fines and other non-custodial sentences.

Reducing the penalty by way of compensation payments to victims

The payment of compensation or ‘restitution’ for fraudulent conduct, prior to sentence, is often a significant factor in reducing the punishment imposed upon an offender.

People being sentenced for the offence of fraud will normally receive a discounted sentence in circumstances where they have made ‘restitution’ (such as reimbursement or compensation) to the victim.

That is because doing so not only restores the victim’s position financially but is also usually regarded as an indication of remorse. Having said that, the courts have emphasised that a person cannot “buy their way out of trouble” by paying restitution.

Whilst paying restitution may substantially reduce any sentence imposed for fraud, it will not usually result in the fraud charge being dropped or discontinued altogether.

In some instances, the payment of restitution to a complainant can be offered and negotiated through a process known as ‘justice mediation’ or ‘Adult Restorative Justice Conferencing’.

If a complaint of fraud can be successfully mediated this way, then the charge would usually be discontinued and not proceed through the court system at all. That is an issue that needs to be handled with great care (and through the formal channels), given the laws in Queensland make it an offence for a person to “compound a crime” by agreeing to pay someone to conceal an offence.

Anyone charged with fraud, particularly where there is a suggestion (often made by the victim) that things can be resolved if repayment is made, should obtain urgent legal advice.

We continue to provide the best criminal law services during the coronavirus outbreak.

We are working closely with the courts and our colleagues to ensure services to all new and existing clients are delivered efficiently and with as little disruption as possible.

You can contact us by phone or email to arrange a telephone or videoconference consultation.

You can find the most recent ‘Coronavirus and Client Services’ updates by clicking here.