The offence of ‘public nuisance’ – just how much of a nuisance do you have to be? 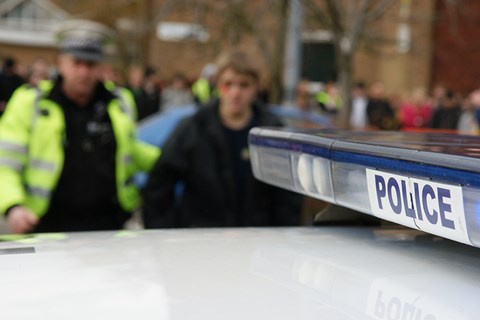 The Summary Offences Act provides that a person commits the offence of ‘public nuisance’ if they behave in a disorderly, offensive, threatening or violent way and their behaviour interfere (or is likely to interfere), with the peaceful passage through, or enjoyment of, a public place.

Whilst on the spectrum of Queensland’s criminal charges, it is a relatively minor charge but also has been the subject of significant litigation. This blog will provide an overview of the elements of the offence, and the maximum penalties.

Elements of the offence of public nuisance

For conduct to be disorderly, it must be sufficiently ill-mannered or in bad taste.  It does not only have to meet with the disapproval of well-conducted and reasonable men and women but also tend to ‘annoy or insult such persons sufficiently deeply or seriously to warrant the interference of the criminal law’.

It is accepted by the Courts that what will constitute disorderly or offensive behaviour will vary with time, place and circumstance.

In the case of Queensland Police Service v McKenzie [2020] QMC 3, it was held that going into a bank, speaking loudly and being aggressive with the teller was not disorderly to the extent required by law.

A person behaves in an offensive way if the person uses offensive, obscene, indecent or abusive language.

For conduct to be offensive, it must produce, in a reasonable person, ‘a significant emotional reaction such as anger, resentment, disgust or outrage.’ It is more than ‘improper’, hurtful or blameworthy.

Whether conduct is offensive is an objective test. It is not a question of whether or not a particular person felt abused or was offended, but rather if objectively, the words met that description.

In the case of David v Joel [2017] QDC 256, it was held that a woman who was screaming and yelling obscenities in the street after her partner had taken her baby did not behave in an offensive way.

This was because the only people in the street were police and it was accepted that the language was not clearly directed at police. The presiding judge considered that her conduct may well have been disorderly conduct, but the charge had been particularised as offensive conduct. She was therefore acquitted.

For conduct to be violent, there must be a use of force against persons or property.

The offence of ‘urinating in public’

This is quite a common offence and many people may think it falls under ‘offensive behaviour’. However, it is actually a specific offence:

s7 of the Summary Offences Act. Urinating in a public place (1) A person must not urinate in a public place. Maximum penalty—2 penalty units. (2) In a proceeding for an offence against subsection (1), evidence that liquid was seen to be discharged from the vicinity of a person’s pelvic area is enough evidence that the person was urinating.

Passage or enjoyment of a public place

It is not required that the defendant be in a public place but rather that their conduct interferes with a member of the public’s passage or enjoyment of a public place.

Police and employees of businesses have been held to be ‘members of the public’ for the purpose of a public nuisance charge.

If a police officer considers that you have committed the offence of public nuisance, they can commence court proceedings against you, or they can give you an infringement notice (a ticket).

If you are issued an infringement notice (a ticket), Schedule 1 of the State Penalties Enforcement Regulation 2014 sets the different fine amounts for public nuisance.

If you are charged with an offence or issued a ticket, you have the right to defend the allegation at trial.

Despite the charge of public nuisance being one of the less serious offences that a person can be charged with, it can actually be a highly technical offence.  Getting early advice from a good criminal lawyer can be invaluable in determining whether you have a defence or if the police have not properly particularised the offending (as in the case referred to above, of David v Joel [2017] QDC 256).

We continue to provide the best criminal law services during the coronavirus outbreak.

We are working closely with the courts and our colleagues to ensure services to all new and existing clients are delivered efficiently and with as little disruption as possible.

You can contact us by phone or email to arrange a telephone or videoconference consultation.

You can find the most recent ‘Coronavirus and Client Services’ updates by clicking here.