What does it mean to choke, strangle or suffocate someone; from a criminal law perspective 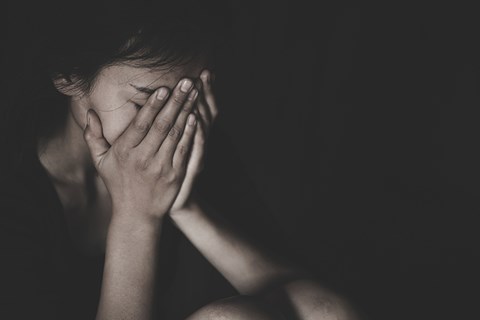 Section 315A of the Criminal Code (Qld) provides that a person commits a crime if the person unlawfully chokes, suffocates or strangles another person, without the other person’s consent, and either:

How do we define the terms choke, strangle and suffocate?

Interestingly, the terms “choke”, “strangle” and “suffocate” are not defined in the legislation.

At first glance, the terms may appear to be readily definable. For example, if you were to ask a person what they consider suffocation to mean, they may give the example of putting a pillow over another person’s face. They might also associate the term “choking” with something being inside the mouth or throat so as to stop the flow of air.

However, what happens if the pillow only covers a person’s mouth and they can still breathe through their nose? Does that still constitute suffocation? Can a person still be choked even though there is no constriction to the internal part of their throat?

The definition of the terms “strangle” and “suffocate” are yet to be considered by the courts but, as outlined below, the meaning of “choke” has been considered in the following two recent Queensland cases.

In the decision of R v HBZ, the Court of Appeal considered the legal meaning of the word “choke”.

The appeal turned on the trial judge’s assessment that ‘choking’ must involve HBZ “stopping or hindering the complainant’s breathing.”

Counsel for HBZ argued that “choking” means stopping the breath by internal pressure and that it must have a different meaning to the other words “strangle” and “suffocate”. The Court of Appeal didn’t accept that argument and decided that:

There must be a detrimental effect on the breathing of the victim. However, the conduct will still amount to choking even if:

His Honour Judge Coker considered the meaning “choke” and whether the offence required the victim to have stopped breathing.

His Honour concluded that:

“the evidence at its highest did not involve evidence of a stopping of breath…even at a minimum, for one breath or one second.”

Consequently, the jury was directed to return a verdict of not guilty in relation to the choking charge.

Whilst the law in respect of this offence is still developing, these two decisions suggest that a vital element of the offence is the hindering of breath in some way. For an offence to have occurred there must be some pressure that results at least in the restriction of the victim’s breathing.

Signs that may illustrate a restriction of breathing, which were present in HBZ’s case are:

If you or a family member are charged with any offence of violence, we recommend that you obtain legal advice from an experienced criminal practitioner as soon as possible.

Gilshenan & Luton have significant experience in all areas of criminal defence including any offences of violence.