Recording conversations in Queensland – is it legal? 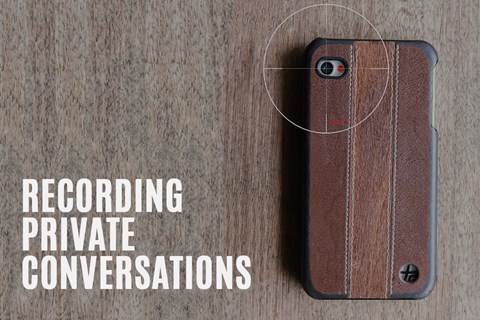 It is not uncommon for people to want to record conversations in which they are involved. Those reasons might include that they wish to have an accurate record of what was said, or for their own legal protection. This leads to a common question: is it illegal to record a conversation without consent?

There is normally no problem in recording conversations with the consent of the other person(s) involved. Unless you are in a place where the rules prevent recording (as may be the case in a prison or a courtroom, for example) then the consensual recording of a conversation normally raises no problems.

Where things get trickier is when someone wants to make a secret recording of a conversation.

Am I allowed secretly record someone?

The answer may surprise you because the law in Queensland is different from some other states of Australia.

The recording of private conversations is governed by Queensland legislation, but for telephone conversations, additional federal laws apply.

For private communications, the Invasion of Privacy Act 1971 (Qld) applies. In short - and contrary to the position in some other jurisdictions in Australia - it is lawful in Queensland for a participant in a private conversation to record that conversation, even if the other person(s) involved do not know they are being recorded. Provided that the person doing the recording is a participant in the conversation, then no offence is committed.

Even when a private conversation is lawfully recorded, such recordings can only then be “published” or distributed to others for certain specified reasons.

In other words, private recordings cannot be distributed without a specific legal basis for doing so.

The recording of telephone conversations involves some additional regulation, found in federal legislation, the Telecommunications (Interception and Access) Act 1979. The effect of the federal law is to prohibit the utilisation of devices which “intercept” communications “passing over a telecommunications system”.

A communication includes a conversation or message, whether in the form of speech, data, text, images or otherwise. A communication is said to be passing over a telecommunications system until it becomes “accessible” to the intended recipient.

In practical terms, the (legally) safest way to secretly record a telephone call in Queensland is with a recording device (such as a handheld dictaphone) that is near to, but not touching, the telephone. That way, the recording is of the other person’s voice after it has left the receiver’s handset.

To utilise a device that is physically connected to a telephone, without the knowledge of the other party to the conversation, may amount to an “interception” of the communication and thereby breach the federal legislation.

What about mobile telephone applications that allow calls to be recorded on the phone?

There have been few decided cases on this point so far, although some rulings suggest that using an internal phone app (a piece of software rather than hardware attached to the phone) to secretly record a conversation will not breach the federal law.

Even so, a cautious approach should be taken. It is for that reason that police, when conducting investigations, generally utilise external devices when recording conversations (unless they have a phone tapping warrant).

It is a common investigative technique in Queensland, particularly in sexual offences, for police to arrange for a complainant to call a suspect and try to engage that suspect in conversation about the alleged offence. Such “pretext calls” are conducted in the hope of the suspect saying something incriminating that can be used to confirm the complainant’s version. In doing so, the police commonly use devices which do not come in contact with the telephone itself and thereby do not fall foul of the federal laws in this area.

The federal Act contains various exceptions to the law against recording telephone conversations, but they would rarely apply to members of the public, being mainly centred on the operation and maintenance of telephone networks, and national security issues.

One area of law in which the covert recording of conversations has been regularly considered is in the employment context. Cases usually involve suspicious or disgruntled employees secretly recording meetings with their employer.

It is noteworthy that the decided court cases in the industrial area suggest that secret recordings are often looked upon unfavourably by the courts, as being contrary to an employee’s duty of good faith.

If you are minded to secretly record a private conversation (whether on the telephone or otherwise), or are considering publishing a recording of a private conversation, you should obtain specific legal advice in advance. Criminal penalties apply for the breach of both the state and federal laws in this area.

Gilshenan & Luton Legal Practice has expertise in criminal defence law and employment law and can assist you in relation to any questions you may have in this regard.