What is unlawful striking causing death? 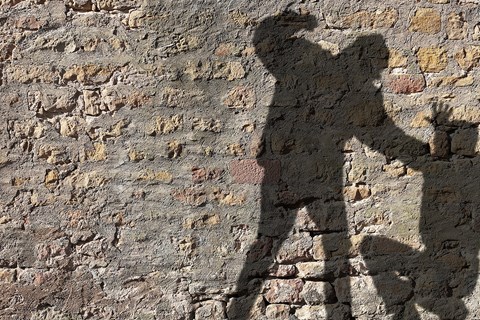 Unlawful striking causing death is a criminal offence that was introduced to Queensland’s Criminal Code in 2014. This occurred at the same time as various legislative amendments referred to as the ‘safe night out’ legislation.

The offence is aimed at criminalising ‘coward punches’, particularly where such violence is alcohol fuelled. The offence also gets referred to as the ‘one punch law’.

What must the prosecution prove?

To be convicted, the prosecution must prove beyond reasonable doubt that:

A ‘strike’ is defined as directly applying force to a person by punching or kicking, or otherwise hitting using any part of the body, with or without the use of a weapon.

What defences are available?

The legislation seeks to significantly limit the defences which are usually available in a prosecution for an alleged criminal offence of violence.

Prior to the introduction of this offence, the police would often charge a person with manslaughter where a person’s death came about from a punch. On many occasions, defendants were successful in defending that charge on the basis that the death was not a reasonably foreseeable consequence of their punch.

With the ‘one punch law’, parliament has expressly removed this means of defence.

Similarly, the defences of ‘prevention of repetition of insult’ and ‘provocation’ are not available for a charge of unlawful striking causing death.

The more common ways of defending a one punch offence are that:

What penalties does the court impose for unlawful striking causing death?

The penalties imposed for ‘one punch’ offences are severe.

The maximum penalty for the offence is life imprisonment.

Significantly, the court is generally required to order that the defendant serve either 80% of the head sentence imposed, or 15 years imprisonment. This means, for example, that if a person is sentenced to a head sentence of five years imprisonment, they must serve four years in prison before they become eligible to apply for parole. Generally, for many other offences, a person would become eligible for parole after serving either one third or one half of their head sentence.

There are some exceptions under which a person can avoid serving a minimum 80% of their head sentence.

This includes where the person is sentenced to an intensive correction order, or the whole or part of their sentence is suspended. An intensive correction order is usually imposed as a ‘last resort’ when a person is very close to receiving a period of actual imprisonment. It involves close supervision from a community corrections officer and often results in a person being required to complete community service and counselling as directed.

Sentencing decisions from the courts to date tend to suggest that the circumstances where these exceptions will apply will be very limited.

What cases have been reported for the charge of unlawful striking causing death?

Given the offence is fairly new compared the other offences in the Criminal Code, there have not been a great deal of cases reported so far. The following provide some examples of the types of matters that have been before the courts and the sentences imposed.

Mr Renata was charged with unlawful striking causing death in 2016 He pleaded not guilty and the matter proceeded to trial where he was convicted.

Mr Renata was in a group of four individuals who were intimidating pedestrians in the Fortitude Valley.

The group tried to engage Mr Edward Miller and his friend. During the course of that, Mr Renata forcefully punched Mr Miller’s jaw in an entirely unprovoked attack.

The court noted that it was a “chilling example” of the type of conduct the legislation was intended to address.

Mr Heke was charged with manslaughter, and alternatively unlawful striking causing death. It should be noted that the prosecution sometimes proceeds with ‘alternative’ charges where the alleged conduct closely resembles two separate criminal charges.

Mr Heke and another driver were involved in a minor traffic incident which led to a road-side confrontation.

Mr Heke punched the other driver, who fell backwards onto the road, into the path of a moving truck and was killed.

Mr Heke pleaded not guilty and sought to raise self-defence at trial. He was found not guilty of manslaughter but was convicted of unlawful striking causing death.

The parliament has tried to limit a person’s ability to defend a one punch offence and very severe penalties are imposed for the offence.

If you or a loved one are charged with unlawful striking causing death, you should seek urgent advice from a lawyer highly experienced in criminal law.

Remember, you are generally not required to provide any information to police, other than your name and address. If police want to ask you questions seek urgent legal advice.

Get in touch with the author:
Callan Lloyd