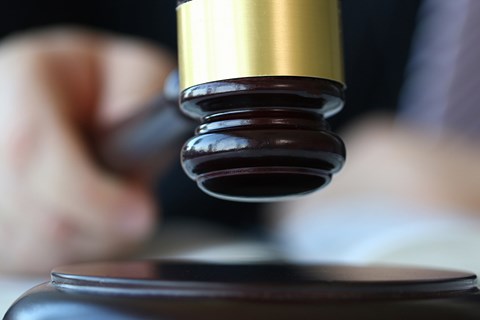 The work of courts in Queensland has changed rapidly to adapt to the need to reduce physical contact and contain the spread of COVID-19. Physical attendance is being minimised through re-organising the court calendar and using technology to conduct court hearings remotely.

While, like most other aspects of life right now, there will be some disruption, the basic work of the courts and criminal justice system is continuing.

It is important that those facing criminal charges are aware of the effects COVID-19 is likely to have on the conduct of their proceedings.

Prisons and remand centres are concerned that holding defendants in custody while they await trial will increase the risk of COVID-19 spreading through the prison population.  In response to this concern, the courts are considering COVID-19 as a factor supporting the granting of bail to people charged with offences.

Where a criminal proceeding is commenced by a Notice to Appear (where a person is given a notice attend court on a certain date, rather than being arrested and brought to court) the court appearance date is to be adjourned for two months without an attendance being required.

Jury trials in the Supreme and District Courts have been suspended for the immediate future.

Parties are being encouraged to consider whether a judge-alone trial (which is ordinarily rare), would be appropriate. While some matters will be suitable for a judge-alone trial, many will not.  It remains likely that there will be extended delays beyond the foreseeable future for anyone awaiting a jury trial.

The Superior Courts are encouraging legal practitioners to avoid listing matters for sentence hearings where their clients may receive a penalty of imprisonment. This will largely be determined via out-of-court discussions between prosecutors and defence lawyers.

In a recent video seminar for the Legal Profession involving a panel of judges and senior practitioners, some judges suggested that where the prosecution and defence disagree whether there is a risk of imprisonment, the defendant’s lawyers could provide written submissions via the judge’s associate about the appropriate sentence. The judge will consider the submission to determine whether it is appropriate to adjourn the matter or proceed to a sentencing hearing.

In custody awaiting trial or sentencing

The courts have advised that where a person is in custody awaiting trial (i.e. they were refused or did not apply for bail when they were charged), their lawyer should consider whether a further application for bail should be made.

Where the person is awaiting sentence, lawyers should consider whether that sentence could be heard urgently to avoid the person spending any more time in custody than they would be sentenced to serve.

The Magistrates Court is not proceeding with any summary hearings or committal hearings at present. It is generally limited to hearing:

The Magistrates Court has indicated it will continue to accept applications to hear matters where delay would cause substantial prejudice to a party.

The use of technology

In all courts, physical attendance is being discouraged. For most matters, telephone appearance will become standard, with telephone conferencing being hosted by the provider ‘Chorus Call’.

Parties need to advise the list manager that they will be appearing by telephone 24 hours in advance. The courts will provide a PIN code for the conference, which the lawyer enters after calling the nominated telephone number at the time of the court listing. A person connected to the courtroom via ‘Chorus Call’ will be able to hear the court proceedings and be heard via the court’s speakerphone.

For contentious matters and/or where there is a need for video communication, court video-conferencing is available using an application called ‘Cisco Webex Teams’.

This facility can only be utilised upon application to the court, with the presiding judge ultimately deciding whether telephone or video is appropriate.

While physical attendance is still permitted in the Supreme and District Courts (albeit discouraged), there is to be no physical appearance in the Magistrates Court except:

Further information about the audio-visual applications being used by the courts can be found on the Queensland Courts website.

Court processes are being updated regularly

The COVID-19 situation has been changing rapidly and the practice of courts may change on short notice. Gilshenan and Luton has been closely involved in stakeholder discussions about the work of courts and is following these changes closely.