Higher penalties: mobile phone use and seatbelt laws in Queensland 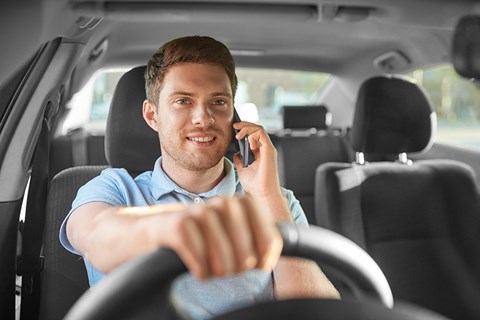 As of 26 July 2021, even stricter laws apply to Queensland drivers relating to the use of mobile phones and seatbelts. The changes to the law include increased penalties and more enforcement of the rules.

What are the new laws?

On 26 July, the Transport Legislation (Distracted Driver and Other Matters) Amendment Regulation 2021 came into force, widening the type of conduct drivers can be penalised for in relation to mobile phones and seatbelts.

The amendments were introduced at the same time as new “digital camera driver behaviour camera systems” were implemented. These cameras take high definition images of drivers inside their cars, increasing the prospects of offending drivers being caught.

The amendments now mean that holding a mobile phone or having it resting on any part of the body (e.g. on a driver’s lap) is prohibited. It does not matter whether the phone is “operating” for the offence to be proven. In other words, turning your phone off or using it for any other function such as changing a song, is now prohibited.

Exceptions to this offence include when:

Drivers now have a positive obligation to ensure that all of their passengers are wearing seatbelts.

As well as expanding the laws around the use of mobile phones and the wearing of seatbelts, the amendments have also increased the penalties for the associated infringements.

The following automatic fines will now be imposed:

The following demerit points will be applied:

As the maximum demerit points a driver can accumulate is twelve, it is now possible for a driver’s license to be suspended after being caught twice for using their mobile phone.

Given the strict liability of these offences, the onus is on the person who receives an infringement notice to raise a defence - essentially whether they can prove that they were not driving the vehicle at the time the offence was detected.

To do this, the driver must notify the Department of Transport and Main Roads within 28 days of receiving an infringement notice.

We expect the new camera systems discussed above will make it increasingly difficult to challenge penalties for mobile phone use or seatbelt infringements. The level of detail visible in the images they take, allow the Department of Transport to very easily identify individuals.

How can we help?

Given the impacts that fines and a loss of licence can have on a person’s livelihood, it is worth considering obtaining legal advice about traffic matters. We have extensive experience in traffic law. We can advise and assist you in relation to contesting fines and traffic charges and applying for special hardship/work licences.

If you have been charged with any driving offences, we recommend that you contact us urgently to ensure the impact of any penalty upon you is properly considered.

Get in touch with the author:
Hamish Swanson