The impact of the casual employee definition for employers and employees 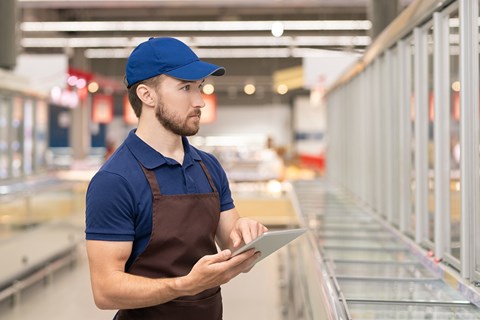 The term ‘casual employee’ and subsequently, the rights and entitlements of casual employees, has been the subject of much discussion over the last three years. However, on 4 August 2021 the High Court finally delivered its decision in WorkPac Pty Ltd v Rossato & Ors [2021] HCA 23, bringing clarity to the meaning of ‘casual employee’.

The decision aligns with the recent amendments to the Fair Work Act 2009 (‘the FWA’) and brings relief to many employers who previously struggled to understand what the term ‘casual employee’ actually meant.

In short, the High Court determined that a ‘casual employee’ is:

Importantly, the High Court held that when assessing whether there is ‘a firm advance commitment to ongoing work’, it is necessary to consider the terms of the employment contract at the time of the employee’s engagement, as opposed to the subsequent conduct of the parties.

Background to the High Court’s decision

Mr Rossato was an experienced production worker in the open-cut black coal mining industry and was employed by WorkPac (a labour-hire company) between 2014 and 2018. Significantly:

Prior to Mr Rossato’s matter coming before the Courts, the Full Court of the Federal Court of Australia delivered its judgement in a case called WorkPac Pty Ltd v Skene (2018) 264 FCR 536.

The Federal Court held that Mr Skene, who was employed by WorkPac in similar circumstances to Mr Rossato and who was also treated as a casual employee, was not actually a casual employee for the purposes of the FWA and the applicable Enterprise Agreement.

This resulted in Mr Skene being entitled to annual leave, compassionate leave and personal leave despite having also received the casual leave loading rate that had been paid in lieu of those entitlements. The Federal Court in Skene decided that when determining whether someone was a casual employee, it was necessary to consider the entirety of the employment relationship, which included the post contractual conduct of the parties.

Following the decision in Skene, and after Mr Rossato had ceased work for WorkPac, Mr Rossato wrote to WorkPac claiming that he too had not actually worked for WorkPac as a ‘casual employee’. Further, that like Mr Skene, he was entitled to be paid for untaken annual leave, public holidays and periods of personal leave and compassionate leave that had been taken by him during his employment.

WorkPac unsurprisingly denied Mr Rossato’s claims and swiftly filed an application in the Federal Court of Australia seeking declarations that throughout his employment Mr Rossato had been a casual employee for the purposes of the FWA and the relevant Enterprise Agreement.

WorkPac further sought declarations that if Mr Rossato was found to have been anything other than a casual employee, it was entitled to ‘set off’ any amount owed to Mr Rossato against the 25% leave loading amount paid in lieu of all leave entitlements.
On 20 May 2020, and following the decision in Skene, the Full Federal Court determined that having regard to the entirety of the employment relationship, Mr Rossato was not a casual employee and that he was entitled to annual leave, compassionate leave and personal/carers leave. The Federal Court also rejected WorkPac’s arguments in relation to ‘set-off’ and restitution.

Understandably, the decisions of the Federal Court caused immediate concern for many employers who predicted that casual employees would claim that they were in fact, permanent employees. Further, that these employees would then seek to ‘double dip’ by requesting to be paid their entitlements as a permanent employee despite having also received a leave loading amount as part of their casual employment.

Amendments to the legislation

Following the uncertainty arising out of the Federal Court decisions and prior to the High Court’s decision in Rossato, amendments were made to the FWA which resulted in the insertion of a definition of ‘casual employee’. These amendments came into effect on 27 March 2021 and stipulate that a person is a ‘casual employee’ if:

The amendments to the FWA make it clear that whether a person is a casual employee is assessed at the time a person is offered and accepts the job. Further, simply because an employee has a regular pattern of work does not automatically mean they are a permanent employee and the existence of ‘a reasonable expectation of continuing employment…on a regular and systematic basis’, is not inconsistent with the nature of casual employment’.

Importantly, the addition of this definition applies to former employees (it is retrospective), current employees and future employees.

As detailed above, the High Court unanimously decided that a ‘casual employee’ is ‘an employee who has no firm advance commitment from the employer as to the duration of the employee’s employment or the days (or hours) the employee will work and provides no reciprocal commitment to the employer’.

The question of whether there was a firm advance commitment by WorkPac was to be determined solely by reference to the terms of the employment contracts at the time Mr Rossato was engaged. The High Court considered that it was not permissible to look to the totality of the relationship (as previously decided by the Federal Court).

It was held that:

What can employers and employees take away from this case?

The High Court’s decision in Rossato reinforces the need to ensure that employment contracts are drafted carefully so that all parties understand how an employee’s work is to be defined.

It is often the case that employment contracts can be difficult to draft and understand. We recommend that legal advice is sought particularly in relation to the categorisation of an employee’s employment. Should you wish to seek assistance with respect to an employment contract.