What does the law say about discrimination? 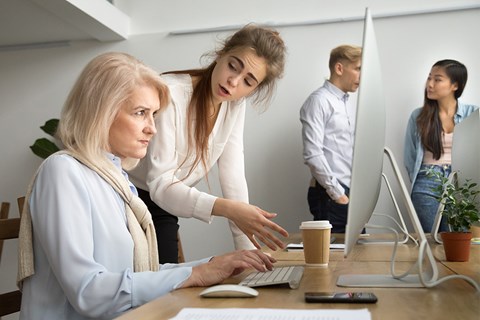 Discrimination is when a person is treated less favourably due to a specific attribute (eg, race, age, disability etc). Discrimination can be ‘direct’ or ‘indirect’. In this article, we look at the different types of discrimination, the Federal and State-based (Queensland) laws that protect your rights against discrimination and your options to pursue legal recourse if you experience discrimination.

What is direct discrimination?

Direct discrimination occurs when someone is treated unfavourably because of an attribute, for example:

John refuses to serve Mary at a café because Mary is Scottish and John doesn’t like Scottish people.

What is indirect discrimination?

Indirect discrimination occurs when a requirement that is seemingly neutral and the same for everyone, has the effect of disadvantaging someone because they have an attribute covered by Australian discrimination laws (both Federal and State-based laws).

John has offered his staff a Christmas bonus if they attend an online seminar and correctly answer questions in relation to the company.

One staff member Bill, is blind and requests to have the questions put to him orally so that he can respond. John refuses this request on the basis that all staff have to answer the questions online in order to be eligible for the bonus.

How are these rights protected and enforced?

The AHRC deals with complaints relating to breaches of federal laws including:

The QHRC deals with complaints relating to breaches of the Anti-Discrimination Act 1991 (the AD Act). This Act prohibits discrimination on the basis of the following attributes:

If the discrimination is not because of one of the above attributes, it will not be covered by the AD Act and will not be able to be considered by the Commission.

In addition to the above, to be eligible to make a complaint, the discrimination needs to have occurred in a certain ‘area of activity’. These areas include:

If the complaint is not related to conduct occurring in one of the above areas, it will not be able to be considered by the Commission.

In addition to the above, the Act also prohibits:

How does a person make a complaint about discrimination?

Ordinarily, complaints can only be made by the person affected by the breach and not by a third party. An exception to this is where a person wishes to make a complaint on behalf of a child or person with a disability. Generally, this person will need to be a parent or guardian of the person affected.

What is the timeframe for making complaints?

Where a person is complaining to the AHRC under the Sex Discrimination Act 1984, they have 24 months from the date of the incident to make the complaint.

For complaints about discrimination in employment, under the International Labour Organisation Convention, the timeframe is 12 months.

Where a person is complaining to the QHRC in respect of a discrimination matter, they have 12 months from the date of the incident to make the complaint.

How do I choose which jurisdiction to lodge my complaint; Federal or State?

As detailed above, Australian discrimination laws operate at a Federal and State/Territory level. Whilst these laws generally overlap and certain complaints can be made and accepted at either the QHRC or AHRC, complaints about any of the conduct covered by the AD Act should be lodged with the QHRC. Similarly, matters covered by the federal laws (listed above) should be lodged with the AHRC.

What happens after a complaint is made to the Commission?

Once a complaint is lodged, the Commission (either AHRC or QHRC depending where you lodged your complaint) will assess the complaint as to whether there may have been a contravention of the law.

Following that, the complainant and respondent will be directed to attend a conciliation conference to try and resolve the matter. At such a conference, an impartial third party will assist the parties to consider different options to resolve the complaint. This may be by way of an apology, change of policy, compensation or other outcome.

Where matters are unable to be resolved, they may then be referred to a Commission or Tribunal for a hearing.

Making complaints or responding to them can be difficult and complex, particularly due to the often sensitive issues involved. Should you wish to seek assistance with a discrimination matter please contact us.

If you’re facing unjust or unfair treatment, along with your options under discrimination laws, you may also want to consider legal recourse under human rights laws. You can find out more detail about this, in our article “Human rights in Australia”.