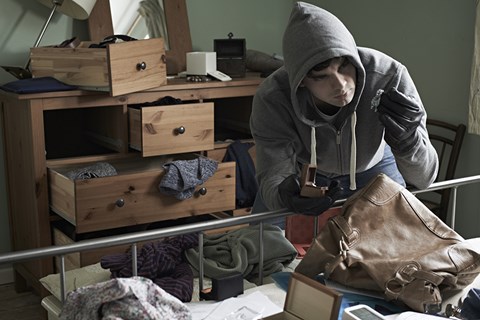 Whilst stealing, robbery and burglary may appear to the public to be the same offences, there are significant differences between them. These differences can result in:

To take or convert an item capable of being stolen in a fraudulent manner requires a degree of intention in the act of stealing. Fraudulence is present where there is an intent to:

What defences are available for stealing?

Possible defences to the offence of stealing can include:

Robbery is the use or threatened use of violence to facilitate the act of stealing.

Pursuant to section 409 of the Criminal Code Act (Qld) 1889 (‘the Criminal Code’), robbery is said to occur where a person steals anything and, immediately before or after the time of stealing, uses or threatens to use actual violence to the person or property in order to obtain the thing being stolen or to prevent or overcome resistance to its being stolen.

Applicable penalties and defences for robbery

The maximum penalty for the offence of robbery is 14 years’ imprisonment.

Possible defences to the offence of robbery can include:

Burglary differs from robbery in that the victim does not necessarily need to be present at the time.

Applicable penalties and defences for burglary

The maximum penalty for burglary is generally 14 years’ imprisonment.

Possible defences to the offence of burglary include:

What does it mean when charges for dishonesty offences incorporate the word ‘aggravated’?

In criminal law, an ‘aggravated’ offence generally means that there is a factual circumstance alleged by police which makes the charge more serious than the standard charge.

For example, the penalty for robbery will be increased to life imprisonment if any of the following aggravating features are present:

Similarly, the penalty for burglary increases from 14 years imprisonment to life imprisonment if any of the following aggravating features are present:

Help, I’ve been charged with stealing, robbery or burglary

The offences of stealing, robbery and burglary are serious criminal offences. If you or a loved one has been charged with these offences you should obtain urgent advice about your options.

Get in touch with the authors:

Get in touch with the authors: