What is coercive control and is it against the law? 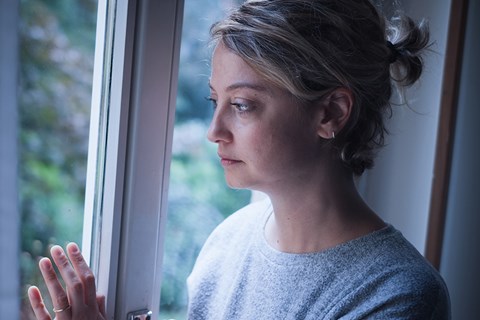 The phrase ‘coercive control’ has come to the forefront with the Queensland inquest into the 2020 death of Hannah Clarke and her children taking place in March 2022, and the Women’s Safety and Justice Taskforce’s (‘the Taskforce’) findings and recommendations in relation to women’s experience in the criminal justice system due in June 2022. On 10 May 2022, the Queensland Government announced a Commission of Inquiry would be held into police responses to domestic and family violence. In this article, we define coercive control and explore where Australia is in relation to criminal offences and coercive control.

What is ‘coercive control’?

Coercive control includes a pattern of behaviours or a ‘course of conduct’ which is cumulative and designed to exert power and control of another person in a domestic relationship and create an uneven power dynamic.

It usually involves manipulation and intimidation. It creates a climate of fear, isolation, dependence by the victim on the person controlling them and humiliation. It is designed to disempower the victim.

The Taskforce has suggested it can include the following behaviour:

Is coercive control a criminal offence?

While coercive and controlling behaviours are identified in the definition of domestic violence in the Domestic and Family Violence Protection Act 2012 in Queensland and can be the basis of applications for domestic and family violence protection orders, it is not currently a stand-alone criminal offence.

In Australia, only Tasmania currently has criminal laws in place which address some coercive and controlling behaviours. A standalone offence of coercive control was created in Scotland, England, Wales and Ireland in mid-2000.

Presently, police cannot charge someone with coercive control until there is an ‘incident’.

An ‘incident’ includes behaviour, for example, where the perpetrator begins to stalk, physically injure others, and/or damage property.

Often coercive controlling conduct is a precursor for stalking or injuring a person and/or damaging property. By criminalising coercive control, the idea is non-physical violence can be recognised and addressed to ensure vulnerable members of the community are properly protected and for society (including police) to become more proactive than reactive (or responsive to incidents).

Most other states and territories across Australia (including Queensland) are now considering changing their laws to make this behaviour illegal. The call to legislate this behaviour across the country has been made because of high profile cases of domestic violence and the coercive controlling behaviours that were present before an ‘incident’ occurred.

The Queensland government has committed to criminalising coercive control.

The Taskforce has already reported its position on how to best legislate against coercive control as a form of domestic and family violence in October 2021 in their ‘Hear Her Voice’ report.

This report follows on from the ‘Not Now, Not Ever’ report, headed by the Honourable Dame Quentin Bryce AD CVOs, which led to sweeping changes to Queensland’s domestic and family violence laws.

The October 2021 report makes 89 recommended changes to Queensland’s law; including:

Legislation to establish the offence of coercive control is expected to be introduced to Queensland Parliament by the end of 2023. The Taskforce’s next report is due to be delivered to the Attorney-General in June 2022.

Where you can get help

If you have been victim to coercive control or have been accused of coercive control, please contact us. Our lawyers have expertise and experience in this specialised area and can provide representation for either the aggrieved or the respondent.

Or visit them online at 1800respect.org.au

A 24/7 free state wide telephone service that provides confidential counselling and referral to crisis accommodation for women and children affected by domestic or family violence and those who are concerned about a friend or family member.

A free state wide telephone service that provides counselling and referral for men for a range of issues especially those who have experienced or use domestic and family violence and those who are concerned about a friend or family member.

Always call 000 in an emergency