Charges for possession of dangerous drugs 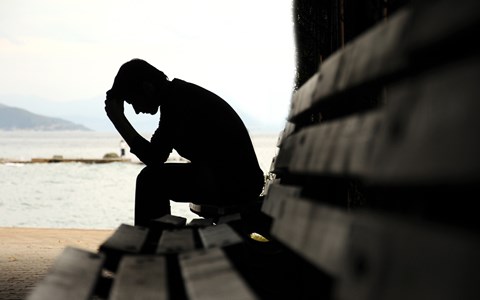 In Queensland, it is a criminal offence to unlawfully possess a dangerous drug. A ‘dangerous drug’ is defined in the Drugs Misuse Act (‘the Act’).

To be found guilty of this offence, the prosecution must prove that:

What does ’possession’ mean in a dangerous drugs charge?

Possession is not defined in the Act but various cases have explored what is necessary to prove possession. Generally, you have possessed the drugs if you knew of their presence and they were under your control.

Possession can be actual, constructive or joint.

Actual possession is when the drugs are found on you or in a place under your control; for example, your car.

Constructive possession is when the drugs are in the possession of someone else, but you have the right to obtain them; for example, if they’re in a locker hired by you.

Joint possession occurs when one or more person can be said to have possession.

The Drugs Misuse Act also imposes ‘occupier’s liability’.  Often, people are charged because something was found in their house or their car, despite them saying it wasn’t their drugs. This is because section 129(1)(c) of the Act provides that an occupier or manager of a place is deemed to be in possession of drugs found on premises (or a vehicle) under their control, unless they can show that they didn’t know the drugs were there and didn’t have a reason to suspect that drugs were there.

The combination of these factors means that if you are driving a car or hosting a party where someone brings drugs and you’re aware of the existence of these drugs, you could be held responsible by the police and charged with possession. In fact, in that situation, all of the following people could be charged:

What are ’dangerous drugs’?

What if I have a prescription for the drugs?

You may have a lawful reason for possessing the dangerous drug and if so, it’s important to raise this with your lawyer.

For example, you may have a prescription for a benzodiazepine or medicinal cannabis.

What is a drug analyst certificate and should it be ordered?

In some cases, it has been held that if an analyst can’t determine the quantity or purity of the drug, then it is impossible for the police to prove beyond reasonable doubt that the sample contains a drug. This means that if all you possess is a bag with residue, you may be able to defend the charge.

What penalties may apply?

The most important factors in relation to sentence are the quantity of the drug you possessed, what drug it was and whether it was for a commercial purpose or personal use.

Generally, possession charges can be resolved in the Queensland Magistrates Court. If you have a small amount of the drug, it may even be able to be ‘drug diverted’. This is where you are sentenced to a good behaviour bond and ordered to attend a group drug counselling session.

If, however, you possessed an amount which is more than the ‘prescribed amount’ in the schedules to the Drugs Misuse Regulations and/or the police are alleging that the possession was for a ‘commercial purpose’, then the charge will have to go to the District or Supreme Court.

How We Can Help

The lawyers at Gilshenan & Luton are very experienced in defending serious drug offences and can assist you to navigate this highly technical area of law.

Find this article interesting or useful?