How does criminal sentencing work in Queensland? 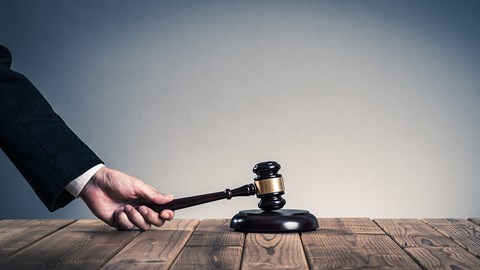 When a person is charged with and convicted of a criminal offence in Queensland, that person will be formally sentenced by a court. There are many criminal sentencing options available to the court and in determining the appropriate sentence to impose, the court will take into account certain factors.

If you or someone you know is facing criminal proceedings, it is important to be aware of what may lie ahead if you are convicted; whether by your own plea of guilty or if you are found guilty after a trial.

When and where is a person sentenced?

A person’s sentence hearing will be heard in the same court in which they were convicted; either the Supreme, District, Magistrates or Childrens Court.

The timing of a person’s sentence largely depends upon whether the person pleads guilty or not guilty to the charge:

Importantly, once the sentence is passed (that is, the penalty imposed by the court), it takes immediate effect.

What is the sentencing procedure?

The magistrate or judge will then ‘deliver’ his or her sentence, and articulate the reasons for imposing that sentence.

In making their oral submissions to the magistrate or judge, ordinarily, the prosecutor and defence lawyer/barrister will:

What does the court take into account when sentencing a person?

When deciding what penalty to impose on a person, the court takes into account a range of factors, including:

What penalties can the court impose?

The types of penalties the court can impose depends on the type of offence and differs for adult and juvenile offenders. In a nutshell though:

Being found guilty of the offence but no conviction is recorded and no penalty is imposed.

Entering into a promise to be of good behaviour for a set timeframe and a requirement that the defendant pay a sum of money if they commit a further offence or fail to comply with other orders attached to the bond (such as attending drug diversion).

Performance of unpaid community service for between 40 and 240 hours, usually within 12 months of conviction. Sometimes this order can include other conditions.

Payment of a monetary fine.

Being allowed to remain in the community on conditions; including that the defendant report to a probation officer and not commit any other offences.

Being released into the community to serve the remainder of the original term of imprisonment. The defendant will be under supervision and on conditions (similar to probation). Parole can be court-ordered, board-ordered, or granted in exceptional circumstances (by the Parole Board).

Receiving a term of imprisonment which is suspended (either in part or in full) for a set period.

Being required to serve actual time in prison.

Being sentenced to a term of imprisonment (one year or less) but serving that period in the community under intensive supervision, which can include reporting conditions and undergoing rehabilitation.

Child or juvenile defendants can also be sentenced to probation, community service, detention (imprisonment), good behaviour and fines but under the Youth Justice Act 1992 (Qld), the following other options are also available:

Other orders the court can impose at sentencing

In addition to the above penalties, the court can also make other orders such as:

Requiring the defendant to pay for property damaged or lost as a result of the offending or to compensate someone for injury.

Ordering the defendant to spend up to 40 hours removing graffiti (usually within 12 months). This is a mandatory order for some offences.

Prohibiting the defendant from attending a certain place and/or having contact with another person.

Disqualifying the defendant from holding or obtaining a drivers licence (either absolutely or for a stipulated timeframe). Some traffic-related offences have a mandatory minimum disqualification period.

Recording of a conviction

What should I do to prepare for sentencing?

Being sentenced for a criminal offence can have far-reaching consequences on not only you but also your loved ones.

We recommend that if you haven’t already, you contact our office to obtain advice and representation.

Having successfully appeared on sentence hearings for countless clients, we are well-equipped to assist you with this process to ensure optimal results.