Help! I’ve been charged with ‘supplying a dangerous drug’ 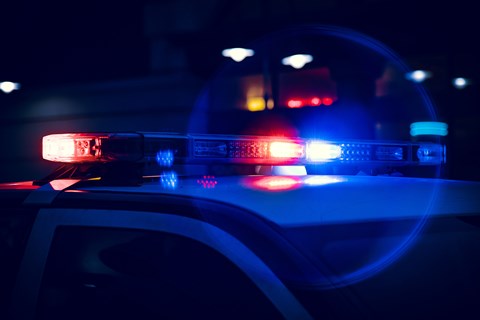 The police have arrested you and charged you with ‘supplying a dangerous drug’ but what exactly does that mean? There’s sometimes confusion about what supplying drugs involves and often people don’t realise the seriousness of these criminal charges.

What are ‘dangerous drugs’?

Dangerous drugs are split into two ‘schedules’ in the Drugs Misuse Regulation 1987 to reflect the different levels of seriousness.

Schedule 1 drugs are generally considered to be the more serious or dangerous drugs. They include:

All other dangerous drugs are listed in schedule 2. These include:

The definition of a dangerous drug has been specifically expanded to include ‘designer drugs’; for example, the synthetic drug Kronic.

This includes synthetic drugs that:

Supply drugs where no profit is received

If you arrange to buy a quantity of dangerous drugs and split the cost with friends, you can still be charged with supplying a dangerous drug. In fact, there is no need for you to make a profit to meet the requirements of a charge for ‘supply dangerous drug’.

You don’t need to deal in drugs (commonly referred to as ‘drug dealers’) to be charged with supply. You can be charged with the offence for bringing drugs to a party to share with a few friends or sharing a ‘bong’ or marijuana joint. There’s no need for you to be rewarded or paid for it to constitute supply.

Further, the law in Queensland is that the ‘supply’ doesn’t even need to be to someone else. You can be charged with supply drugs for arranging to purchase (or to be given) drugs for yourself.

But it wasn’t a ‘dangerous drug’; it was just caffeine or paracetamol and I insinuated it was something else

By virtue of the broad definition of ‘supply’, an offer to supply a dangerous drug is an offence, even if the substance supplied isn’t actually a dangerous drug. If you had the intention that the offer be regarded as genuine by the recipient, you can be charged with supply.

For example, if you arranged to sell an MDMA tablet but what you actually sold was a paracetamol tablet, you can be charged with supplying a dangerous drug.

Defences to this charge

The statutory defences in the Criminal Code also apply to the Drugs Misuse Act. The most common defences that could apply are ‘duress’ and ‘mistake of fact’.

Duress involves being forced to commit the offence.

There are also other ways to defend a drug supply charge, focusing on whether the police have sufficient evidence and how they obtained that evidence.

Depending on the type of dangerous drug, whether the supply is ‘aggravated’, and what court hears the charge, the maximum penalty for supply ranges from 3 to 25 years imprisonment.

The supply is ‘aggravated’ if:

If you are charged with supplying a dangerous drug, or the police wish to talk to you about an alleged supply, you should seek legal advice from an experienced criminal lawyer.

Where will my charge be dealt with?

In Queensland, there are three ‘levels’ of courts:

Depending on the specific circumstances of your case, it could be heard in any one of these courts.

Less serious drug charges, such as possession of a dangerous drug, can be dealt with in the Magistrates Court and a solicitor may be able to negotiate (through a ‘case-conference’) with the prosecution to amend a supply charge to a lesser possession charge, depending on the facts of the case.

A drug possession conviction may be able to be ‘drug-diverted’. Drug diversion means that you are sentenced to a good behaviour bond with no conviction record and have to attend a drug education class.

Gilshenan and Luton regularly deal with all drugs charges and can assist if you are charged with drug possession, drug supply, drug trafficking or any other drug-related offences.