What is child pornography? 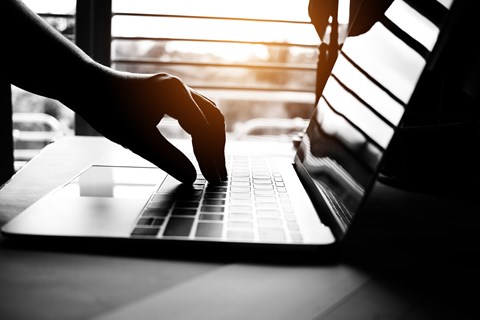 Child pornography is referred to in the law as “child exploitation material”. It is material that depicts a child or a representation of a child, in a sexual, offensive, or abusive way, likely to cause offence to a reasonable adult. Although a substantial amount of child pornography offences involve a real child, charges can also be laid where no real child is involved.

How is it decided that something is child pornography?

Whether pornographic material amounts to child exploitation is ultimately a matter for the courts. In investigating such matters, trained police review the images in question and categorise them based on their content.

The categories range from the least serious category 1 (which depicts children in a sexualised way but not engaging in sexual activity) though to category 5 images involving the most extreme and degrading images.

There is also a category 6 for animated or virtual images.

Do child pornography offences have to involve a real child?

It is well established that criminal offences of possessing and making child pornography (called “child exploitation material”) do not need to involve the abuse of a real child. Items such as written fantasy stories, spoken words, and cartoon images have all been regarded as sufficient to meet the relevant definitions within both Queensland and Australian Commonwealth legislation.

The law in Queensland has deliberately been drafted very widely to cover this sort of material.

Is it less serious if a real child is not abused?

A recent Court of Appeal decision provides some insights into the court’s attitude to such offending, even when it does not involve a real child.  In the decision of R v Edwards [2019] QCA 15, the court examined the correct approach to sentencing for possessing child exploitation material where no actual child is involved.

In Edwards, the offender was in possession of a variety of images; the vast majority of which were classified as category 6 images (animated or virtual images).

The Court of Appeal dealt with a particular submission that such material might be regarded as “victimless”. In rejecting that argument, Morrison JA (with whom the other judges agreed) said:

“Whilst it is true that no real children may have been involved…in this case, it is, in my view, wrong to categorise it as a victimless crime.

The capacity of child exploitation material, even that which does not depict real children, to affect the community goes beyond the tendency to normalise exploitative sexual activity involving children or even to stimulate potential participants in it.  In my view, it serves to fuel the demand for such material, whether or not it involves real children.  Further, such material has the capacity to groom, not only the recipients of it, but those who may be affected by recipients of it.  That is to say, its impact may well be…to normalise it with the recipients or to encourage the recipients to take a step further, moving from the cartoon world or anime world to that of the real world in the sense of involving real children.”

Justice Morrison went on to say:

“Whilst Category 6 material is different from the material in other…categories, in the sense that it is cartoon, animated or drawings whereas the other categories involve real persons, it is not victimless nor harmless.

A moment’s reflection on the state of advance in technology over the last, say, 20 years, reveals the inappropriateness of assuming that a Category 6 image, cartoon or video is somehow distinctly different from the other categories… now there is sophisticated computer generated imagery technology, which produces life like images and completely realistic movement.”

Given the court’s reasoning in Edwards, any suggestion that child pornography not involving a real child is a victimless crime will be rejected by Queensland courts.

Although the penalty outcome may be less severe than those cases where real children have been abused, it is nonetheless regarded as a serious offence.

With our experience across all areas of criminal law and criminal defence, we are uniquely positioned to advise and represent on matters related to offences of child pornography, child exploitation, child grooming and child sexual offences.