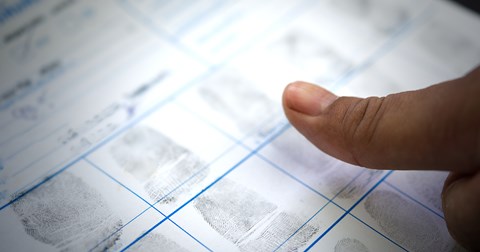 A criminal record is the formal report that you have been convicted of an offence, either by pleading guilty or having been found guilty. A list of your previous convictions is kept by the Police service and constitutes your criminal history.

What is the impact of a recorded conviction?

It is common nowadays, in a variety of instances, that people will be asked about their criminal history. This occurs most commonly when applying for a job. Prospective employers can take someone’s criminal history into account in deciding whether to offer them employment.

Convictions can also create problems for people in other situations, such as with travel visa applications and when applying for certain licences such as a firearms licence, or a blue card for working with children.

Whenever a person pleads guilty or is found guilty of an offence, they are formally convicted but the conviction may not be “recorded”.

In some instances, courts have a discretion whether or not to record a conviction. The effect of having an unrecorded conviction is that you are usually allowed to deny having been convicted of that offence.

There are some exceptions to that rule though (see below). Furthermore, even if a conviction is not recorded, it will still be noted on electronic records kept by the police.

There are certain exceptions to the non-disclosure rule for unrecorded convictions.

Sometimes, you must disclose all your convictions, even the unrecorded ones.

They include certain job applications, such as when applying to become a:

Whilst past convictions may not prevent you from obtaining one of these jobs, all convictions (whether or not recorded) have to be disclosed at the time of applying and will be taken into account.

When will the court not record a conviction?

Some punishments carry an automatically recorded conviction. For example, if an offender is sentenced to a jail term, a conviction is always recorded.

For less serious cases, the courts usually have a discretion whether or not to record the conviction. In deciding whether to do so, the court will take into account things like the nature of the offence in question, the personal circumstances of the offender and the impact on the offender’s current or future employment.

Spent convictions - how long does a criminal record last?

Even where a conviction is recorded, it will usually expire, or become a “spent conviction” after a defined period of time.

Once a conviction is spent, it exists much like an unrecorded conviction; such that you don’t usually have to disclose that conviction.

For Queensland offences where the offender was not sentenced to a prison term exceeding 30 months, the waiting period is normally 10 years if you were convicted as an adult in the Supreme Court or District Court and five years in other cases. For federal offences, it is usually 10 years.

Do I need to disclose my past convictions?

The law in Queensland surrounding criminal convictions and their disclosure is complex and specific legal advice should be sought if you are unsure.

Sometimes it is clear that the agency asking questions of you is seeking to get around the rules about not having to disclose unrecorded convictions, by asking questions such as “have you been found guilty, or pleaded guilty, to an offence?”, which is a very different question from being asked if you have a conviction. This sort of question is common in respect of insurance applications for example.

Gilshenan & Luton is experienced in advising people with past convictions (recorded, unrecorded or spent) about whether or not the conviction has to be disclosed.