Police powers to seize and deal with property 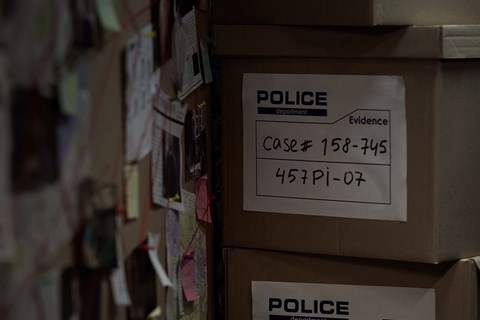 In the course of investigations, police may seize things such as documents, phones, computers, and personal belongings for use as evidence. This article looks at what powers police have to seize property, when police have to return that property, and how the property might otherwise be forfeited if seized.

What powers do police have to seize property?

In order to investigate crime, the Police Powers and Responsibilities Act in Queensland empowers police to conduct searches and to seize things as evidence.

Sometimes, those searches are conducted with the authority of a warrant, which is an order from the court specifically empowering police to enter a place and to seize things listed under the warrant. For further information about search warrants, see our article, “Dealing with police search warrants - the do's and don'ts”.

Even if police do not have a warrant to conduct a search, they have other powers to search persons, vehicles, and public places where they reasonably suspect that a person possesses an unlawful weapon, dangerous drug, stolen property, or otherwise has evidence of the commission of certain offences. In the course of searches, police can seize things for use as evidence, or if they believe a person might use the thing to harm themselves or others.

Are police required to advise me what property they have seized?

Police must issue a receipt for property to the person who they seized the property from as soon as is reasonably practicable unless giving a receipt would hamper their investigation (such as where the property is seized without the owner’s knowledge during a covert operation).

The general rule: start a proceeding or return the thing within 30 days

The general rule is that police must return a seized thing to its owner within 30 days unless a proceeding for a criminal offence has been commenced for which the thing is relevant evidence.

If, after 30 days, police have not commenced any proceeding (which may occur where investigations are ongoing) police need to obtain an order from a Magistrate to retain possession of the thing.

If 30 days have passed and police have not returned a seized thing (and they do not have a court order allowing them to retain the thing), it may be necessary for the owner to apply to police for the return of the thing. If police then refuse to return it, the owner can make an application to a Magistrate for return of the thing.

Taking copies of documents and other items and returning originals

Both the Police Powers and Responsibilities Act and the Operational Procedural Manual (a handbook for police officers) provide that police should consider the need to retain seized items and, if possible, should copy those items or photograph them so that the originals can be returned to their owner.

However, in practice, police will often hold onto original property (even computer hard drives and mobile phones which can be copied), so that they have a copy of the original evidence.

Strict rules of evidence apply in criminal proceedings and police may be concerned to ensure that they have the best and original evidence in the proceeding.

Dealing with property at the end of criminal proceedings

If a thing is seized as evidence in criminal proceedings, then at the end of the proceeding the court may make an order as to how the thing is to be dealt with. The court can order that the thing be returned, forfeited to the state, destroyed or disposed of.

If the court doesn’t make any order (which occurs most of the time), police have to deal with the thing according to law. This means that police will need to return it to the lawful owner unless police seek and obtain a forfeiture order.

Forfeiture to the State

Police can seek to forfeit property to the State if:

What if police have seized something unlawfully?

If police execute a search warrant that is deficient (for example, because it states the wrong address or because police did not have a proper basis for the suspicion that led to the search), or conduct a search and seize property outside of their legislated powers, the property (evidence) can be said to have been obtained unlawfully. The question arises as to whether the evidence can be used against a person in a criminal proceeding.

The law recognizes a significant public interest in ensuring that police and other law enforcement agencies comply with the law when conducting investigations and obtaining evidence. However, the law is also concerned not to allow people who commit serious offences to avoid convictions because of technical irregularities in warrants and failures of investigators.

When considering whether unlawfully seized evidence can be used, judges weigh these two competing interests (that is, the public interest in not rewarding police and investigators for breaking the law, and the public interest in ensuring that offenders do not avoid conviction because of investigative failures). The weighing of these interests is sometimes referred to as the “Bunning v Cross” discretion, which is a reference to the leading case dealing with this issue.

Interestingly, unlike many other aspects of criminal law, unfairness to the accused person is not a consideration when determining how unlawfully obtained evidence is dealt with. The law is clear that the interest concerned is the interest of the public in having law enforcement agencies comply with the law in carrying out their investigations.

If you have concerns about property that police have seized or need advice about police investigations, you should contact a lawyer, sooner rather than later. The lawyers at Gilshenan & Luton are experienced in advising on police investigations and can provide this assistance.