Health professionals and immediate registration action when in the public interest 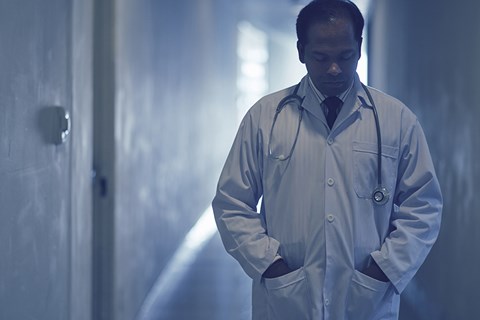 In taking immediate registration action the Health Ombudsman may either:

The Act provides an example of when action may be taken in the public interest:

Neither ‘public interest’ nor ‘otherwise in the public interest’ are defined in the Act. The provision has however recently been judicially considered and applied in Queensland in the following two cases.

On 10 October 2018, LCK was charged with 7 offences against s227A(2) of the Criminal Code 1899 (Qld); related to observations or recordings in breach of privacy. On 28 February 2019, he pleaded guilty and was sentenced to probation for 5 months, with a condition that he submit to medical, psychiatric and psychological assessment and treatment as directed by an authorised corrective services officer.

On 9 August 2019, the Health Ombudsman took immediate registration action against LCK by placing a gender restriction on his practice. A gender restriction prohibits a health practitioner from having contact with a patient of a particular gender.

The basis for the decision was that it was ‘otherwise in the public interest’.

On 3 August 2020, on review, Judicial Member McGill SC of the Queensland Civil and Administrative Tribunal (QCAT) (assisted by 3 assessors) removed the restrictions on LCK’s registration and found that it was not necessary to take immediate action.

There were several reports dealing with LCK’s mental health before the Tribunal. One doctor had expressed the opinion that at the time of the offending, LCK’s capacity was impaired, because of his major depressive illness, particularly his capacity to control his behaviour and to know that he ought not do what he did.

On 1 August 2019, a psychiatrist provided a report on LCK to AHPRA, at its request. LCK was diagnosed with a major depressive disorder, which the psychiatrist said was now largely remitted with therapy and medication.

Judicial Member McGill found that there was:

“clear and uncontracted evidence that at the time of the offending the applicant was suffering from a serious mental disorder which was at least a cause, if not the cause, of quite uncharacteristic, indeed irrational behaviour.”

“in assessing this, I consider that it is not to be tested by considering public confidence based on a shallow and superficial view of the public to the relevant facts. It should be assessed by reference to a rational analysis and understanding of the situation”.

Judicial Member McGill, in finding for LCK, determined that:

“to conclude that a person who has committed such offences should not treat any female patients again because of it, without regard to (or despite) his individual circumstances and the explanation for his behaviour, is in my opinion a superficial approach. The confidence of the public in the medical profession is not to be assessed on the basis of the lowest common denominator. It should be assessed by reference to a thoughtful and balanced approach to the situation.”

You can read the full decision here.

In October 2018, a woman attended Dr Harirchian (the practitioner), a general practitioner, for treatment. After she entered the practitioner’s consulting room, he made a number of sexual comments and then, after her pants had been taken down, the practitioner touched his patient on the labia and clitoris.

Consequently, the practitioner was charged with one charge of sexual assault and pleaded not guilty. A jury returned a verdict of guilty on 6 December 2019. Smith DCJ sentenced the practitioner to eight months imprisonment, to be suspended for two years, after having served three months.

On 1 December 2020, Judicial Member McGill SC decided not to suspend the practitioner’s registration but instead, to impose conditions that prohibited the practitioner from having contact with female patients and which required the presence of a chaperone in other circumstances in which he might be in the company of females during the course of his practice.

The Health Ombudsman sought a review of that decision.

The Court of Appeal granted the appeal and set aside the decision of QCAT and substituted the decision by suspending the practitioner’s registration.

The Court found that the practitioner’s conduct was of the most serious kind because it was misconduct constituted by a serious criminal offence of which the practitioner was convicted and sentenced to imprisonment. It was also relevant that the conduct involved a physical assault of a sexual nature against a patient, which was a gross violation of trust and that the practitioner had proceeded to trial, thereby refusing to accept any wrongdoing.

The Court found that the matter was concerned with public confidence being maintained in the integrity of the profession and in the manner in which the profession is regulated.

The Court considered that:

You can read the full decision here.

As a health practitioner, if you are ever the subject of criminal or disciplinary proceedings, you should contact our office immediately so that we can provide you with advice and guide you through the process.