What is double jeopardy? 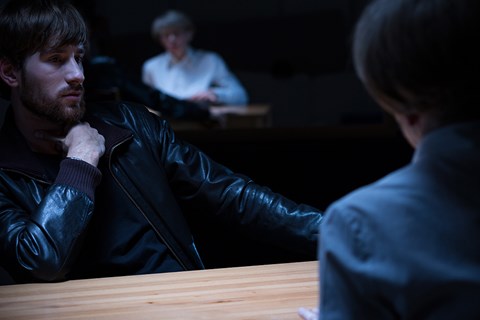 A consoling fact for anyone facing the criminal justice process is that (life imprisonment excepted) the process will eventually end. A second prosecution can’t be brought after an acquittal and a person can’t be further punished after being convicted and sentenced. The legal principle that ensures this is commonly referred to as “double jeopardy”.

While this seems like common sense, disputes and legal arguments can sometimes arise about whether the defence of double jeopardy arises.

When does double jeopardy arise?

Generally, in order to invoke the defence of double jeopardy, the offence will need to be one which the person could have been convicted of in their original trial. However, it can also be invoked where a subsequent charge effectively questions an earlier acquittal.

For example, in R v Carroll (2002) 213 CLR 635 the defendant, who had been acquitted of a charge of murder 14 years earlier, was subsequently charged with perjury (the offence of lying when giving evidence under oath) for denying the killing in evidence at the original murder trial.

Much of the evidence in the perjury trial was the same as the evidence presented at the murder trial. The jury found the defendant guilty of perjury, however, that verdict was overturned on appeal to the Court of Appeal.

The DPP then appealed the matter to the High Court of Australia, which upheld the dismissal of the perjury conviction by recognising that the fact of an acquittal is, for the purposes of later criminal proceedings, incontrovertible.

The acquittal (in the previous murder trial) therefore prevented the prosecution asserting in the perjury proceedings, that the defendant’s acquittal was incorrect.

If an accused person is convicted or acquitted of an offence and is prosecuted for something similar at a later date, the question of whether the defence of double jeopardy will apply will usually turn on whether the new offence is one which the person could have been convicted of on the original indictment.

The prosecution later brought a new indictment charging the accused with the offence of unlawful carnal knowledge. This charge may be proven on the same basic facts as the rape allegation if the intercourse was unlawful, even if consensual.

Legislation dealing with the defence of double jeopardy in Queensland

In Queensland, the defence of double jeopardy is mostly raised in its legislated form found in section 17 of the Criminal Code. Section 17 provides that it is a defence to a charge to show that an accused person has already been tried and convicted, or acquitted upon any indictment, of the offence of which the person is charged.

Section 17 only applies to charges brought on an indictment; that is, only the more serious charges that are brought in the District and Supreme Courts in Queensland.

This means that if a prosecution ends because a Magistrate (a lower court) refuses to commit the matter for trial (which is a process by which a Magistrate rules before a trial that there is insufficient evidence to go to trial), the defence of double jeopardy won’t apply to any later prosecution for the same offence.

Similarly, if the prosecution discontinues a proceeding by entry of a ‘nolle prosequi’ or ‘no true bill’ (which are names for different procedures for prosecutors to end a criminal proceeding before a trial), that also won’t give rise to a double jeopardy defence, leaving open the possibility of a new prosecution being brought against the defendant (for the same offence), in the future.

Exceptions to the defence of double jeopardy

Under the Queensland Criminal Code, there are some important exceptions to the defence of double jeopardy.

For charges of murder, a re-trial of the accused can be held despite an acquittal, where the prosecution is able to show that there is ‘fresh and compelling evidence’ which was not available at the original trial. This exception only applies to charges of murder, presumably because it is regarded as such a serious criminal offence that putting an accused through multiple trials might be justified.

Also, a second prosecution can be brought where an acquittal is found to have been tainted because it involved an offence against the administration of justice. For example, if it is found that witnesses were coerced or a jury interfered with.

Disputes about the defence of double jeopardy are rare but might arise in day-to-day criminal law practice where charges are brought for multiple offences based on the same acts.

Police might, for example, charge a person with multiple drug offences, such as trafficking, supply of dangerous drugs and possession of drug-related property. The supplying and possession of property charges might correspond to the same acts alleged to constitute the trafficking. Any charges should be examined carefully to determine whether the same act or conduct is being charged multiple times under different offence provisions.

If you have been charged with any criminal offence, you should seek legal advice from an experienced criminal lawyer to ensure your rights at trial are protected. This might include raising a defence of double jeopardy or reducing charges that offend the double jeopardy principle.