Can I refuse a breath test? 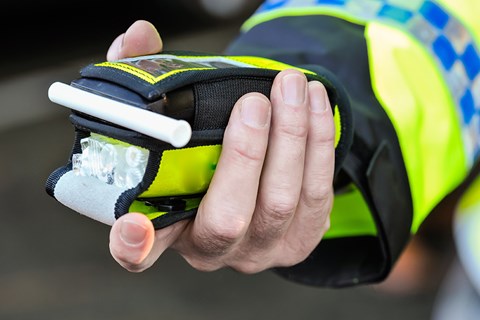 If you are approached by police and asked to provide a sample of breath, the law expects you to comply with that request. This blog explores the consequences for failing to comply, and whether there are any circumstances in which a person can refuse a breath test and defend a charge for failing to provide one.

What the law says

The main legislation governing traffic laws (including drink driving offences) is the Transport Operations (Road Use Management) Act 1995 (‘the Act’).

Put simply, section 80 of the Act authorises a police officer to require a person, whom the officer reasonably suspects has been driving within the preceding three hours, to submit to a breath test (sometimes called an alcohol test by members of the public). This includes situations such as random breath testing operations and when there has been a traffic incident.

If a person refuses to provide a breath sample at first instance and/or refuses to voluntarily accompany police to a police station (or another place where the breath test can be carried out), an officer can use ‘such force as is necessary’ to detain the person and take them to a station or to another place with breath testing facilities.

A common example of this is when a person refuses to provide a breath sample on the roadside and is then detained and taken to a nearby police station where they will again be asked to provide one. Officers can require as many breath samples as considered reasonably necessary to carry out the breath test.

Is it an offence to refuse a breath test

Failing to provide a breath sample is an offence pursuant to the Act, and people can be charged with one or both of the following:

An offence against s80(5A) of the Act

A person who fails to provide a breath sample or who fails to provide it in the manner directed by the police officer, commits an offence and is liable to 40 penalty units (approximately a $5,500.00 fine) or six months imprisonment. This offence is commonly referred to as ‘the roadside failure’.

Those penalties include 28 penalty units (approximately a $3,800.00 fine) or nine months imprisonment, as well as a mandatory licence disqualification period. The person will now also be required to complete an education program, and be subject to an alcohol ignition interlock device.

For the s80(5A) offence, two defences are available to the charge:

The certificate should be carried by the person at all times. However, even with a certificate, the police can nonetheless direct the person to provide a blood sample in lieu of a breath sample.

For the s80(11) offence though, only the latter is available (that is, the defence in point 2 above).

The defence of having a ‘reason of substantial character’

The defence most commonly raised in the case law is that the person had a ‘reason of substantial character’ for failing to provide the breath sample. The case law states that a reason of substantial character means more than a reasonable excuse. The reason may be personal to the person refusing to give the specimen, but it is substantially a matter of judgment for the court. The onus of proof is on the defendant, and the standard of proof is the balance of probabilities.

Reasons which have been held not to constitute a ‘reason of substantial character’ (sometimes due to a lack of sufficient evidence) have included:

As these examples demonstrate, the defence is a difficult one to successfully raise, and whilst some people have been successful at first instance, many cases are overturned on appeal.

In some cases, the defence has failed on the basis that while a particular medical condition may have constituted a reason of substantial character, the person failed to produce sufficient evidence to prove:

If you have been charged with a failure to provide a breath sample, we recommend that you contact us. This area of law is complex, and the possible penalties following a conviction can be severe.