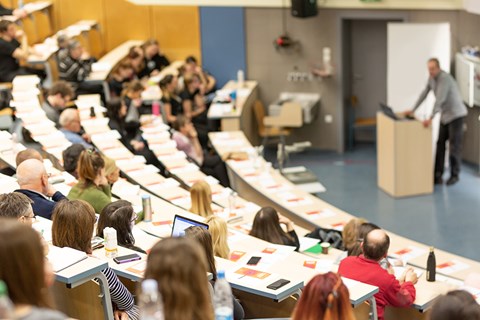 Australian universities and other educational institutions have powers to investigate allegations of ‘general’ and ‘academic’ misconduct by students. If a university considers that misconduct may have occurred, the university’s disciplinary body may commence disciplinary proceedings against the student. If misconduct is substantiated, penalties may then be imposed upon the student.

Investigations into student misconduct, and any subsequent university disciplinary processes, can be lengthy and complex. The consequences for individual students can be extremely serious and may impact their future employment.

For example, a finding of student misconduct could jeopardise a person’s ability to enter certain professions such as law and medicine. A finding which leads to expulsion may even lead to the cancellation of a student’s visa if they are an international student.

Gilshenan & Luton has extensive experience in assisting educational institutions conduct misconduct investigations and disciplinary proceedings, as well as assisting students who are the subject of such processes. Seeking expert legal advice can be crucial to the final outcome of the matter being investigated.

While each university’s policies and procedures differ, they usually characterise student or staff misconduct as either “academic” or “general”.

Academic misconduct relates to issues such as plagiarism and cheating in exams, while general misconduct relates to other inappropriate behaviour such as sexual assault, property damage and bullying. Sanctions imposed after a finding of either type of misconduct can include academic penalties, fines, suspension or expulsion.

If misconduct meets the criteria of a criminal offence, it is also possible that a university may report the matter to the police for criminal investigation.

How are misconduct investigations conducted?

How universities conduct investigations and disciplinary proceedings into misconduct will depend on their individual policies and rules. These are usually published on their respective websites and set out:

These internal rules should be the first place students look for guidance as to how a complaint may be dealt with.

Generally, investigations are conducted by senior members of university staff and may involve speaking with complainants and other witnesses, and the person accused of misconduct. Investigators may also ask for written statements to be provided.

If the decision is then made to take disciplinary proceedings against an individual, this usually involves a formal disciplinary hearing with one or more members of staff presiding. An accused student usually has the option to have a support person with them, or even have someone speak on their behalf.

Again, exactly how an investigation or hearing is conducted will depend on the rules of the particular university.

Disciplinary hearings are usually conducted in private and are less formal than court proceedings. This has benefits for complainants because, given the private nature of many complaints, they often do not want their allegations being aired publicly. Equally, an individual against whom serious allegations are made rarely wants those allegations made public.

Despite the benefits that come with disciplinary proceedings being conducted in private, the lack of formality can also create challenges for both the institutions conducting the disciplinary hearing and the individual who is the subject of allegations. For example:

Obtaining legal representation will significantly assist in navigating some of the challenges experienced during misconduct investigations and disciplinary hearings.

An experienced lawyer can help students understand what is involved if they admit to misconduct, or if they want to dispute the allegations. For the university, legal advice at an early stage of a disciplinary process can ensure procedural and legal mistakes are avoided, thereby maximising the prospect of the matter being dealt with fairly and appropriately and minimising the prospect of any appeal.

The significant consequences of a misconduct finding on a student’s later career means that early legal advice is essential, both for the student personally and for the reputation and good standing of the university involved.

Get in touch with the author:
Hamish Swanson

Other articles by Hamish: