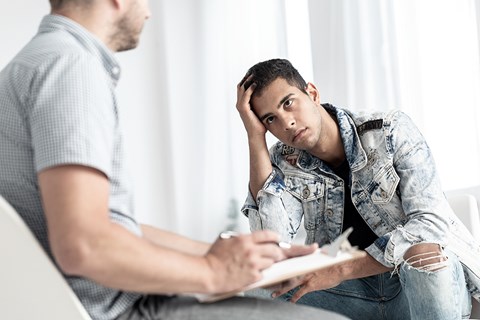 Charging a person criminally can have far-reaching consequences, not only for the charged person, but also for his or her family, the community, and the criminal justice system. In this context, police officers are often confronted with charging a person even if the officer’s personal morals weigh against doing so, and the courts are regularly required to impose sentences which can have devastating consequences. So, what other options are there to laying criminal charges?

An important feature of the criminal justice system which tends to be overlooked is the fact that charging a person is a discretionary exercise and the commencement of proceedings is not mandatory.

In fact, and as stated in the Queensland Police Service Operational Procedures Manual (‘the OPM’), prior to commencing proceedings, police officers are to first consider whether an alternative option to charging is available.

This blog outlines some of the avenues that can be explored by an adult accused person (and/or their legal representative) prior to the commencement of criminal proceedings.

Generally, a person can be charged and prosecuted upon a police officer being satisfied that there is sufficient admissible evidence to prove, beyond reasonable doubt, that the person committed the offence. However, sometimes public interest factors weigh against commencing a prosecution.

What does ‘the public interest’ mean?

‘…determining whether, in light of the facts and the surrounding circumstances of the case, the public interest will be served in pursuing a prosecution.’

Some of the public interest factors which arise for consideration when applying this test (especially for an accused person) include:

In our criminal defence experience, some police officers tend to take the approach that public interest considerations are a matter for the prosecuting authority, however this is not the case. The decision to charge a person ultimately rests with the police and therefore, the public interest test should be applied at that stage. Applying that test may (appropriately) result in a decision not to take any action.

Examples of when it might be appropriate for a police officer not to charge someone based on public interest grounds include:

Option to administer a police caution

Previously, the police were only permitted to issue cautions to elderly people or intellectually disabled persons for minor criminal offences. Now though, cautions can be administered to any person for any offence that can be dealt with summarily, except for an offence:

A caution is a formal warning and is a means of dealing with lower-end, non-habitual offending without commencing a proceeding. Officers can administer cautions as long as the offender does not deny committing the offence and provides informed consent to being cautioned for the offence.

What is considered when deciding to administer a police caution rather than lay charges?

The OPM for the Queensland Police Service  prescribes the following considerations in deciding whether it is appropriate to administer a caution:

Importantly, a victim’s consent is not required for an officer to administer an adult caution to the offender.

In terms of examples of when cautions have been issued, we have seen cautions given for allegations including:

Adult restorative justice conferencing (‘ARJC’) used to be known as ‘justice mediation’. It involves the facilitation of a conference between the offender and the people most affected by harm occasioned by the offender (usually the victim). Typically, it allows the parties to discuss what happened, the impacts of the incident, and how any harm could be repaired and addressed.

The OPM allows police to refer a matter to ARJC as an alternative to commencing proceedings for the offence – meaning a person does not have to be charged prior to a referral being made.

Should the matter be successfully finalised by way of the ARJC process, the police investigation should be discontinued and the matter is to be finalised as ‘in the public interest’.

In the event that the matter is unable to be resolved via the ARJC process, the investigating officer can decide to commence proceedings.

Matters we have seen referred to ARJC (and which have been successful) have included where there are allegations of rape, sexual assault, fraud, and violence (including assaults against police officers).

In our experience, often appropriate agreements can be reached between the parties without the need for the matter to proceed through the criminal justice system. Such agreements can include issuing a formal apology, or the payment of compensation or restitution, or undertakings to do, or not do, certain things (such as undertaking counselling).

In certain circumstances, minor drug offenders can be ordered by the court to attend a drug diversion program. That typically occurs when the offender has been charged and pleads guilty to the charge.

However, there exists an option for police to offer an eligible person the opportunity to participate in a drug diversion assessment program, as an alternative to prosecution. This is legislated by s379 of the Police Powers and Responsibility Act 2000.

Ultimately, a drug diversion assessment program is a brief health intervention and educational session that helps people address their drug use and associated offending behaviour.

For a person to be eligible to participate in a drug diversion assessment program, the person must:

If an officer deems a person to be eligible, and the person agrees to participate in the program, a form QP 0701: 'Minor Drugs Offence Diversion (Agreement and Requirement to Participate in, and Complete, or Refusal of Offer)' must be signed, and an appointment with a program provider made (by the officer).

The practical outcome of police-issued drug diversion is that the person will not be charged and therefore the court will not have to deal with the very minor offence.

The options outlined in this article are authorised alternatives to charging a person. When used appropriately, they can effectively manage lower-end offending, divert offenders from the criminal justice system (but still act as a sufficient deterrent), and reduce the disproportionate use of prosecution resources for minor matters by finalising matters in an efficient and effective manner.

In circumstances where the criminal justice system and corrective services facilities are already overburdened, alternative options to commencing criminal proceedings should be at the forefront of a police officer’s mind. This is particularly so when the allegation is of a lower-level in terms of seriousness and/or when the Court is likely to impose a minor penalty.

Unfortunately, though, police officers often forget that these options are available to them, and members of the public aren’t aware that these options exist. Accordingly, if you are facing criminal allegations, you should immediately contact us to obtain legal advice so that we can assist in diverting you away from the criminal justice system.